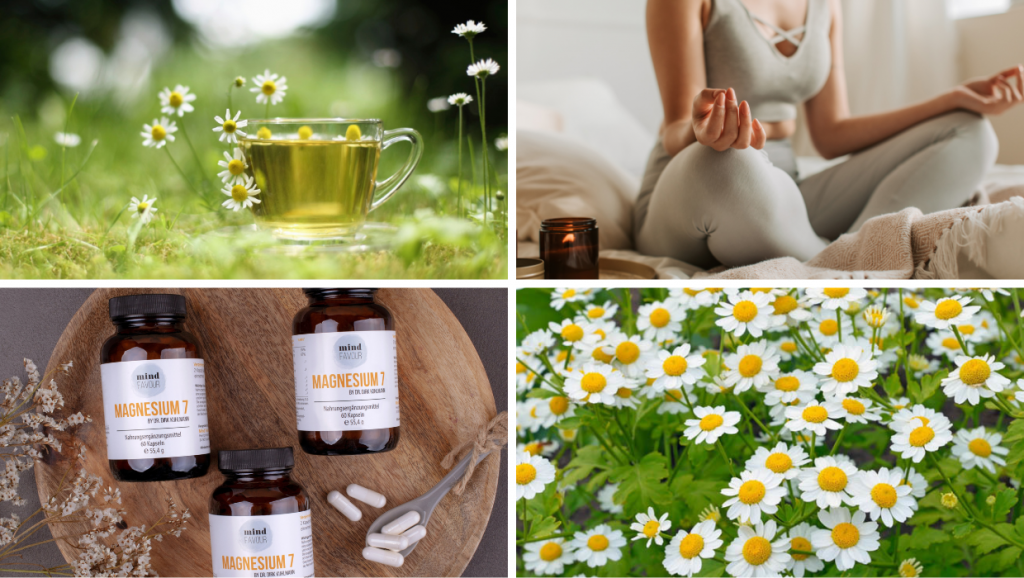 Headaches can be quite a pain, literally and given the fast paced, stressful lives we now live it’s really not that surprising that many of us suffer from them in varying degrees. If you do suffer from headaches it’s important to know that there’s different kinds which means there’s different ways of treating them.

Generally they seem to affect women more than men, that’s mainly due to hormonal changes, and the pain is often localised to one side of the head and can be accompanied with nausea, vomiting, tingling sensations in the arms, visual disturbances, a sensitive to both light and sound and in some rare cases it can affect speech.

The first thing o consider is trying to avoid your triggers which can be things such as high histamine foods, late  nights, stress, muscle tension, caffeine, alcohol and ensuring you’re getting good quality rest and relaxation and taking the time out to reduce stress.

Feverfew is a herb which has had success for a number of people with the ability to reduce the intensity and frequency of migraines when it is taken daily as a preventative measure. Essential fatty acids will also help to reduce inflammation in the body, ginger tea can also help to calm own the symptoms.

There’s also been some more recent research indicating high doses of Riboflavin (B2) can reduce migraines but 2 per month. You would be looking at taking around 400mg daily as well as nutrients such as Magnesium and CoQ10 and see if that works for you.

These are usually brought on by stress, staring at a computer all day, muscle fatigue and muscle contractions in the neck and head. You’ll know them by their dull, steady pressure, almost like someone is tightening a rubber band around your head and they can last anywhere from 30 minutes to a week.

The best way to deal with them is to take magnesium to relax the head, neck and shoulder muscles, stretch regularly, especially if you sit a at a computer all day, have regular massages, learn to meditate (even if it’s only for 5 minutes per day – you can download apps to help you with this) and use warm compresses on your neck and shoulders to loosen the muscles.

These are agonising and some would say worse than migraines. They’re often triggered by drinking, smoking, stress and typically come in episodic clusters with bouts of pain lasting for weeks or months followed by some periods of remission.

Symptoms will include excruciating pain, usually around the eye but it can be in the face, neck and shoulders plus you may also experience a drooping eyelid and reduced pupil size. Lying down will often make the pain worse and it’s thought that they are a result of an imbalance in the hypothalamus gland. It’s also been shown that those prone to cluster headaches can also have abnormal levels of melatonin and cortisol during the attack and unlike migraines men seem to suffer more than women.

These are actually very common and generally occur due to sinus congestion causing inflammation in the sinus cavity resulting in pain behind the brow bone and /or cheekbone. The congestion in the sinuses is normally a result of allergic reactions or infections which causes them to swell, produce more mucus and block the normal channels that would drain them leading to the pain and pressure which can be experienced.

Herbal remedies to support the allergic / hayfever reaction and drain the sinuses, reduce catarrh and inflammation include Perilla, Elder Flowers, Eyebright, Echinacea, Turmeric and Albizia as well as good old fashioned Vitamin C and Zinc as well as drinking lots of water to support the lymphatic system and help thin the mucous.

The overall key is to practice the art of prevention by ensuring a regular sleep pattern is developed, drinking plenty of water and herbal tea, cutting back on caffeine and alcohol and quitting the cigarettes. Plus make sure you keep up the magnesium to keep muscles relaxed.

If you do suffer from constant headaches and migraines and some of this rings try for you it’s probably also a good idea to see your health professional and get a proper diagnosis.

Download your tips for headache and migraine prevention here